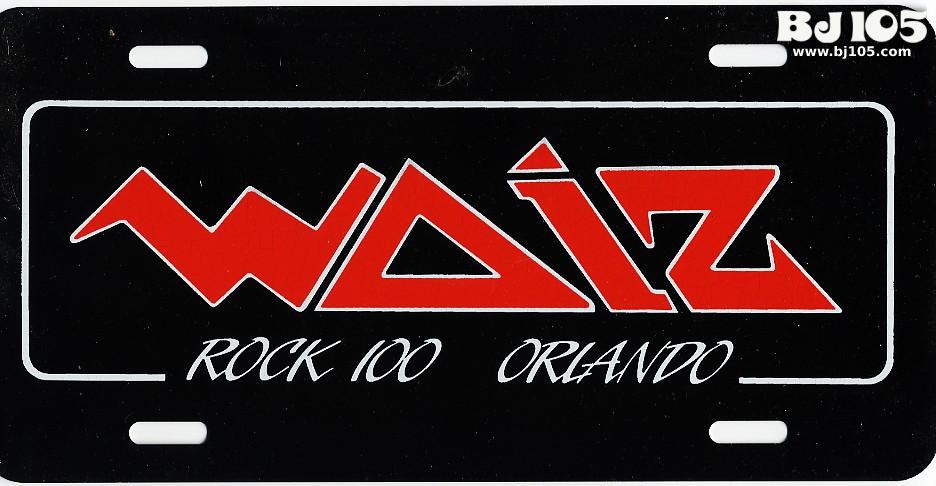 And there’s no Tin Man, Scarecrow or Lion coming to save it.

Within two weeks, the station that has aired rock ‘n’ roll in Orlando for 25 years will assume a new identity.

Of the Paxson Communications’ Orlando-area group of radio stations, 101.1 FM (WJRR) will be the surviving rock station, said Chris Kampmeier, vice president of programming, this week. Paxson took over management of WDIZ June 1 and will officially announce its new format for the station June 18.

It will not be a happy day for the sentimental.

So what will WDIZ be? Despite much speculation that Paxson would create a new country station, insiders say the company will choose a format known in the industry as “modern adult contemporary.” As mentioned in Radio Waves recently, that’s a female-oriented pop/rock format that plays a lot of the Gin Blossoms and Alanis Morissette.

If Paxson goes with the Gin Blossoms, it will be because research has indicated that there is more money to be made and more audience to be had by carving out a share of the audience catered to by adult contemporary 105.1 FM (WOMX) and Top 40 station 106.7 FM (WXXL).

To fold WDIZ into its organization, Paxson fired three full-time employees, including general manager Tom Owens, and two part-time employees. In addition, two deejays, Zak and Meri Beck, left the station because they didn’t want the jobs they were offered.

The rest of WDIZ’s on-air staff will continue to be heard on either WJRR or the new WDIZ. Those include Pat Lynch, Crash, Fish, C.J. and Sideshow Dan. This implies, of course, that some of the WJRR air personalities will relocate to the reincarnated WDIZ.

Whatever happens, the people who grew up with WDIZ, not to mention the folks who worked there, will surely know they are not in Kansas anymore.

Her radio future has been much on her mind since Paxson said it will purchase the Miami radio station 610 AM (WIOD) – Passion Phones’ flagship station. Paxson also announced this week that it will be buying Orlando’s 104.1 FM (WTKS), which airs Somers’ show from 9 p.m. to midnight and from which Passion Phones originated three years ago. Somers left for Miami in late 1994.

Upon news of the WIOD deal May 22, Somers effectively eulogized her Passion Phones the same day on the air. She said she was doubtful that Paxson would want to continue it. What she didn’t say was that she’s not sure she wants to go on either.

“I think sex talk has seen its best day,” she says. “I’ve been doing this for three years. How much can you talk about sex?”

Hmmmm. Now there’s something for philosophers. Passion Phones is certainly not enjoying its best ratings. It is currently ranked No. 7 in its time slot with adults 25 to 54, compared with No. 4 last spring. Somers says she would be more interested in a general talk show. Even if Paxson offered her a new contract to do sex talk, she says she would have to give it some thought.

Bogey fitting right in on WAMT’s 6 to 9 a.m. shift

Mike Boguslawski, former consumer reporter at WESH-Channel 2, has a face made, as they say, for radio.

So it may seem appropriate that the big, balding man with the bombastic style should wind up May 27 as the morning host at the revived 1060 AM (WAMT) in Mims. Boguslawski, formerly of Pittsburgh, was fired from Channel 2 in October 1993 after only 10 months on the air. Station managment said he didn’t fit in.

Boguslawski, 55, affectionately known as Bogey, lent his voice for almost a year to Bar Harbour Lobster Co. and Bos-

ton Lobster Feast and otherwise decided to temper his one-time ambitions to be a national figure. His controversial, in-your-face, stunt-driven approach to consumer advocacy earned him a front-page story in The Wall Street Journal in 1990.

Now he’s just happy to have the 6-9 a.m. shift on WAMT, mixing with equal energy general talk and oldies from Frank Sinatra and Dean Martin.

“I don’t want to be a big star,” says Bogey, who also is general sales manager at the station.

WAMT had been off the air for three months. The new owner, Spinney Broadcasting Corp., has put the station back on the air at full power, 10,000 watts, and has made other technical improvements. The station can be heard throughout Brevard County and well into Seminole and Volusia counties if not parts of Orange.

Bogey, if you should wonder, is still using his trademark signoff “I’m in your corner” in his self-appointed role as defender of the little guy. Other morning shows, beware!

Dr. Laura will switch from WWNZ to WDBO

The Dr. Laura Schlessinger Show, the country’s hottest new syndicated talk show, is abandoning its home of less than a year at 740 AM (WWNZ) for news/talk competitor 580 AM (WDBO). WDBO officials were not sure this week when or in what time slot they would be airing the popular family therapist, nor were WWNZ officials sure what they would replace her with. The syndicator for Dr. Laura wasn’t talking much either, but the switch surely has

something to do with ratings and audience. On WWNZ, Schlessinger’s show ties for 17th place with adults 25-54 in its 2-5 p.m. time slot. Nationwide, she ranks second to Rush Limbaugh with that demographic group. . . . Brandi Shannon, formerly of a Jacksonville station, joined The Welch & Woody Show on 101.9 FM (WJHM) this week as sidekick and news anchor. She replaces Monica May, who has taken over the 10 a.m.-1 p.m. shift at WJHM, a position left vacant some months ago by Apollo’s departure. . . . Corey Kaplan, weekend deejay on 92.3 FM (WWKA), can be seen as well as heard on Wheel of Fortune at 7:30 p.m. Saturday on WFTV-Channel 9.