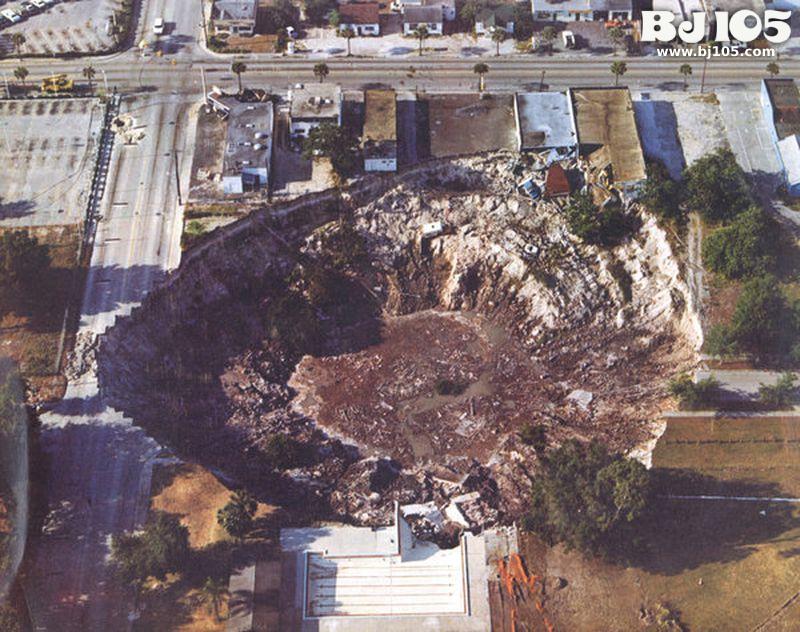 You never know when and where the next sinkhole will open up in Central Florida. On Monday, a new one appeared in Windermere.

I remember in 1981 covering the famous Winter Park sinkhole that grabbed international attention largely because of its size and its urban location. When it stopped growing, the crater measured 350 feet wide, 75 feet deep and had caused $4 million in damage.

Today, the famous Winter Park sinkhole resembles a small fishing pond surrounded by trees. The peaceful scene is quite different than the one from thirty years ago when on May 8, 1981 the ground near Denning Drive and Fairbanks Avenue collapsed. By the next day, it had swallowed a three-bedroom wood frame home belonging to Mae Rose “Mimi” Williams, part of the city’s swimming pool and at least five Porsches from a German car business. Several of the cars later were rescued with a crane, but two are still down there somewhere.

I remember covering this event that brought national and international attention to the small upscale community. One of first staff photographers the Orlando Sentinel had on the scene was Barbara Vitaliano. I distinctly remember a great photo of hers that captured Williams’ tilted wood frame home as it slid into the gargantuan hole and later disappeared.

When I arrived at the scene, I took a position across from the businesses that were hanging over the edge of the sinkhole. I couldn’t believe what was happening right before my eyes as I watched expensive, German sport cars slide into the crater. That image will always be etched into my mind.

Soon after, the three national television news networks arrived to the scene. Later came the T-shirt vendors and an almost circus-like atmosphere. The sinkhole became another Central Florida tourist attraction. The Orlando Sentinel had staff photographers stationed at the sinkhole just about every day to document this historic spectacle.

City workers stabilized the hole by filling in the bottom with dirt and concrete, and it developed into an innocuous lake called Lake Rose in Williams’ honor.