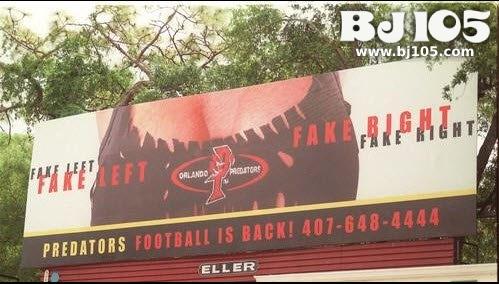 The Orlando Predators were a professional arena football team based in Orlando, Florida and member of the Arena Football League (AFL). The team was most recently owned by Orlando Predators LLC, a company owned by David A. Siegel, and played its home games at Amway Center.

The team was founded in 1991 as an expansion team of the AFL. The team advanced to the playoffs 19 consecutive seasons between 1992 and 2011, becoming the ArenaBowl champions in 1998 and 2000 during that span. The team suspended operations after the 2016 season. A new organization led by former Predator Kenny McEntyre obtained the Predators branding and relaunched the team in the National Arena League for the 2019 season.