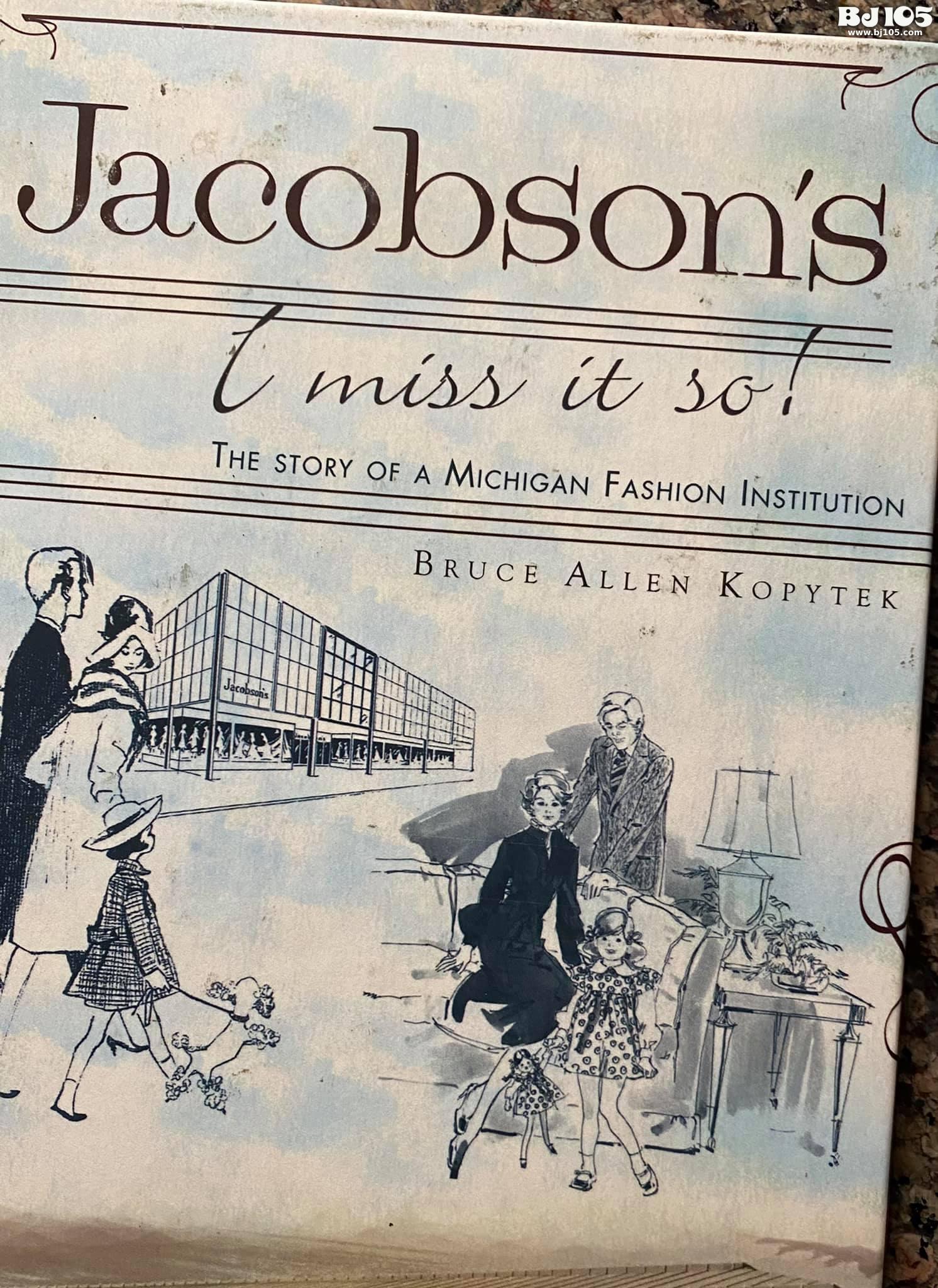 After Jacobson’s department stores went under two years ago, Tammy Giaimo decided she liked the clothes and the shopping experience so much, she bought the company.

Giaimo, a 38-year-old software entrepreneur from Longwood, isn’t creating an exact clone of the Michigan-based retail chain, which folded after 134 years in business.

But she’s borrowing extensively from the old Jacobson’s DNA, particularly its Longwood store, where she shopped for 30 to 45 minutes nearly every week for more than a decade, lured by the chain’s tasteful new styles and the friendly, energetic salespeople.

Giaimo hopes the charm of the setting and the lure of a personal-shopper service will help her sell chic women’s fashions as well as men’s clothing and home furnishings.

“I want a customer to be able to call up and tell us, ‘I have this event to attend, and I need you to pull some things together for me, so I can get in and out and on my way,’ ” Giaimo said.

“That service was never offered to me at a Jacobson’s — I’d have spent more if they did.”

Giaimo purchased the rights to the Jacobson’s name for $25,000 after the retailer, based in Jackson, Mich., went bankrupt in early 2002 and later closed all its stores, including both in Central Florida.

The defunct company, Jacobson Stores Inc., had 18 department stores in Michigan and Florida, typically in the tony shopping districts of places such as Boca Raton, Sarasota and Winter Park.

Giaimo’s new store at 216 N. Park Ave. will occupy 11,000 square feet — about one-fifth as large as the Jacobson’s that operated nearby on the avenue for about 30 years.

“Our fashions will be clean, classic and sophisticated,” she said. The store will showcase dresses from Sue Wong and Votre Nom, along with shoes by Emilio Pucci and Marc Jacobs.

“We will offer bright colors like fuchsia, turquoise and lime green,” she said. “And we will have clothes that won’t go out of fashion from fall to spring.”

Highlights of her business plan, assembled with the needs of today’s time-squeezed woman in mind:

Fashions will be organized by color so it will be easier for a shopper to pick out dresses, skirts, tops, pants and accessories that match.

Pieces have been “edited” by Giaimo and creative director Sam June in a process of culling the most flattering styles from hundreds of New York collections.

Customer service will get a boost from some of the latest technology. An extensive computer database of sizes and tastes will help salespeople provide intelligent choices tailored to a customer’s buying history, reducing the time she spends shopping and, it is hoped, improving the store’s profitability.

A shopper will be able to make an appointment with a salesperson, who will pre-select outfits and accessories. While sipping a cappuccino and nibbling on a box lunch in a private dressing room, the customer can decide on one or more ensembles and get back to her busy life in just an hour or two, Giaimo said.

“We want to offer fashion at different price points and still leave time for a woman to plan a great dinner party,” he said. “And we’ll keep in mind the needs of a Rollins student whose father is a golfer and whose mom is active in volunteer work.”

The careful attention to customers’ needs is a carryover from the old Jacobson’s, Giaimo said, but the store’s layout will be more flowing than that of the old department store chain.

The store can’t rival a tony mall giant like Neiman Marcus or Bloomingdale’s, but Giaimo and June said they’ve done their best to stock the latest looks for Central Florida shoppers.

June — who has the gumption to dress in shorts, loafers sans socks, and a tuxedo shirt — regularly scans 20 fashion magazines and numerous Web sites. Typical of his attention to detail: He ordered a $10,000 collection of size 6 mannequins from London with skin tones of bisque and suntan peach.

“It’s all about illusion,” he said. “It’s creating an image of the real.”

He and Giaimo made four extended shopping excursions to New York showrooms, viewing items from 350 vendors and purchasing 10,000 items, including a selection of home furnishings and men’s clothing.

Giaimo said she has invested about $1 million in stocking the store with clothes, shoes, handbags and other items.

Exclusive to the store will be Olivia Rose shoes, custom designed in selected fabrics, trim, buckles and heels.

The store is a departure for Giaimo, a mother of three whose first business venture, Software Resources Inc., provides analysts and programmers to create custom software for large businesses.

Her Longwood company, which she started in 1992 with one employee — herself — now employs 100 people. A 1987 graduate of the University of Central Florida, Giaimo worked as a software consultant before borrowing $10,000 from her father to finance Software Resources. She repaid the loan within a year.

Her husband, John, an engineer who had worked for Motorola, joined her at Software Resources after a year and has helped grow the business.

That company’s success enabled them to finance the new fashion venture, which stems from Tammy Giaimo’s devotion to the old Jacobson’s, where she had been a devoted shopper since her early 20s.

“I loved the quality, presentation and overall feel,” she said.

Other aspects of the new business reflect elements of her own past, including a stint working at a flower shop while in high school and college.

“I learned to design floral arrangements, and that triggered my creative side, with an emphasis on symmetry, color and style,” she said.

An even deeper inspiration was the time she spent, between ages 8 and 12, helping her father construct the family home in New Smyrna Beach — a traditional, two-story brick structure that survived the recent hurricanes in good shape.

“I learned to use power tools, and I remember building every wall and even roller skating on the foundation,” she said.

As the next-to-youngest of six girls, Giaimo always sought recognition — along with brand-name clothing, including Levi’s in the newest colors.

She couldn’t always afford the clothes, but the lessons she learned as a girl, working alongside her dad, will help her leap into retailing, Giaimo said.

“I didn’t understand what he was doing at first,” she said. “But I realized later the values he wanted me to have: Doing things right and treating people with respect and honor.

“That’s been the key to my success in life.”