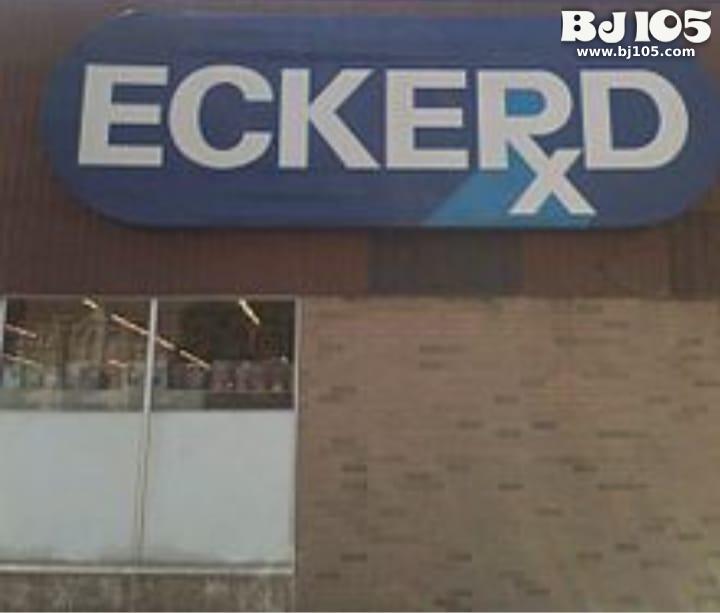 Eckerd Corporation was an American drug store chain that was headquartered in Largo, Florida,[1] and toward the end of its life, in Warwick, Rhode Island.[2]

The chain had approximately 2,800 stores in 23 states as far west as Arizona. In November 1996, Eckerd drugs was purchased by J.C. Penney. In 2004, it was the fourth largest drug chain in the U.S. In April 2004, the company (then a subsidiary of JCPenney) was broken up in a $4.52 billion deal, with approximately 1,269 stores in Florida, Louisiana and Texas, along with Eckerd’s $1.3 billion mail order pharmacy, sold to CVS Corporation (now CVS Health).[3][4] The deal enabled CVS to leapfrog past rival Walgreens with some 5,400 stores.[4] Because CVS already owned 74 stores in Florida at the time, including 19 in the Tampa Bay Area, many duplicate locations were closed. The remaining stores were sold to the Quebec-based Jean Coutu Group and merged with its Brooks Pharmacy chain. The Eckerd name and corporate headquarters, which housed 1,000 administrative workers at the time in Largo, Florida would remain temporarily intact while under the Coutu ownership. The sale erased the chain’s name among its 622 Florida stores, where it had been synonymous with the pharmacy business since Jack Eckerd bought three old drugstores in the Tampa Bay area in 1952.[5] Brooks Eckerd, Jean Coutu’s U.S. operations would eventually be sold to Rite Aid. In return, a stake in Rite Aid was ceded to the French-Canadian company. The remaining Eckerd locations became Rite Aids.