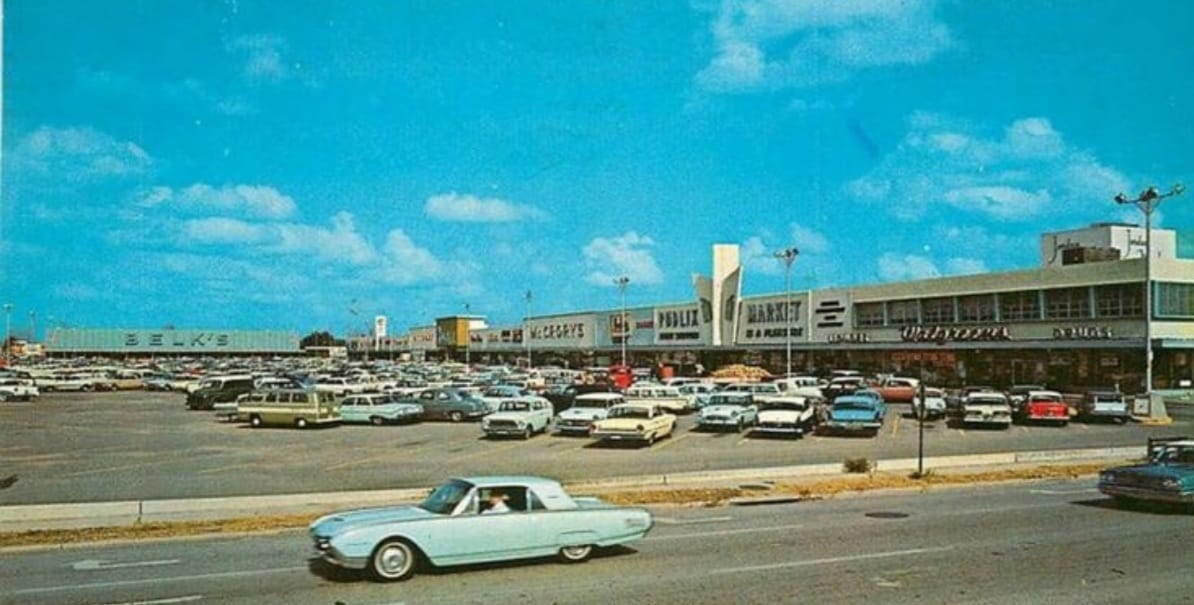 Colonial Plaza is a shopping mall in Orlando, Florida, United States. Opened in 1956, it was the largest retail development in the state of Florida at the time of its construction. The original complex included two supermarkets and two variety stores, plus a Belk department store. It underwent multiple expansions in its history, the first of which added a Jordan Marsh department store and an enclosed mall concourse. Further expansion in 1973 added a second enclosed wing and a relocation of Belk, while Ivey’s was added in 1983 and sold to Dillard’s in 1990.

The center’s vacancy increased in the early 1990s due to competition from Orlando Fashion Square and complexities with the property’s layout, with Jordan Marsh, Dillard’s, and Belk all closing between 1991 and 1995. A renovation between 1995 and 1996 restructured the complex into an open-air power center. Since 2001, it has been owned and managed by Weingarten Realty. Major tenants include Total Wine & More, Hobby Lobby, Ross Dress for Less, Staples, Bealls Outlet, Marshalls, Old Navy, Big Lots, Barnes & Noble, and Petco.