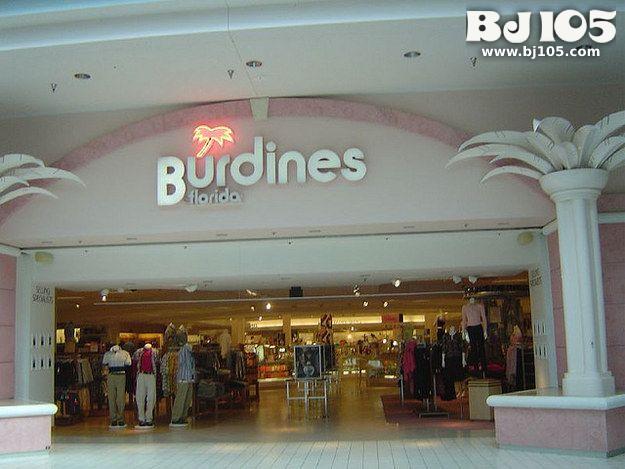 Burdines (English: /bɜːrˈdaɪnz/} bur-DYNZ) was an American chain of department stores operating in the state of Florida, headquartered in Miami. The original store opened in Bartow, Florida in 1896[1] as a carriage-trade shop. Over its nearly 110-year history, Burdines grew into a popular chain of department stores, known as ‘The Florida Store,’ decorated with palm trees in the center of the store, painted in pink and blue, and other subtropical colors and motifs. In 1956, the stores became a part of Federated Department Stores, Inc. (now Macy’s, Inc.) On January 30, 2004, it was renamed Burdines-Macy’s, and a year later, on March 6, 2005, the name Burdines was dropped altogether. The majority of the stores were rebranded as Macy’s while a handful closed.