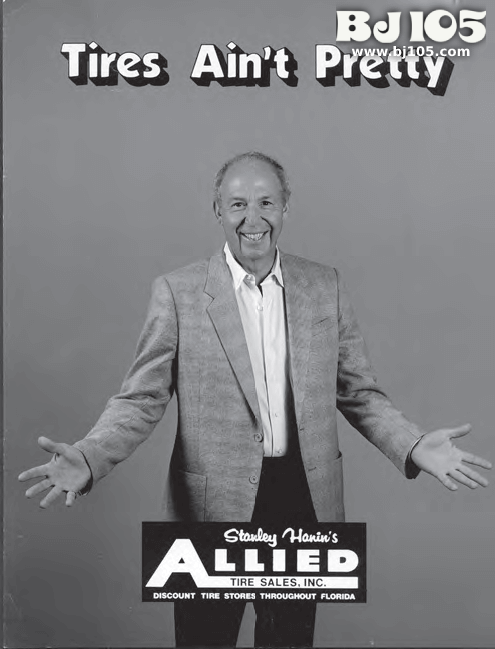 He was known as the “tires ain’t pretty” guy.

Sam Behr, who became widely recognized in the Central Florida television market from Allied Discount Tires commercials, died Saturday at his home in New Smyrna Beach. He was 86.

Behr, born in 1927 in Talladega, Ala., starred in commercials for the tire store for 20 years. He also ran his Behr Shoe Center in Orlando and worked as a color commentator for the World League of American Football’s Orlando Thunder football team.

The retired shoe salesman claimed he could “fit any human.” Years before, in the 1940s, he played football for the University of Maryland Terrapins.

During retirement, Behr enjoyed playing golf and was a member of the Interlachen Country Club, and at 74, he shot his age. He liked playing bridge with his wife, Joanne, and friends at Smyrna Yacht Club. Behr also enjoyed dancing with Joanne and singing old standards.

Behr will long be remembered by many for his shoes and those tire commercials that always seemed to highlight his southern drawl.

Several people from all over Florida, and some from around the country took to the online guestbook to leave their condolences and memories about Behr, a gregarious man who was a great shoe salesman and could find footwear for even the most different of feet.

His memorial service was Tuesday in New Smyrna Beach, according to Settle-Wilder Funeral Home.