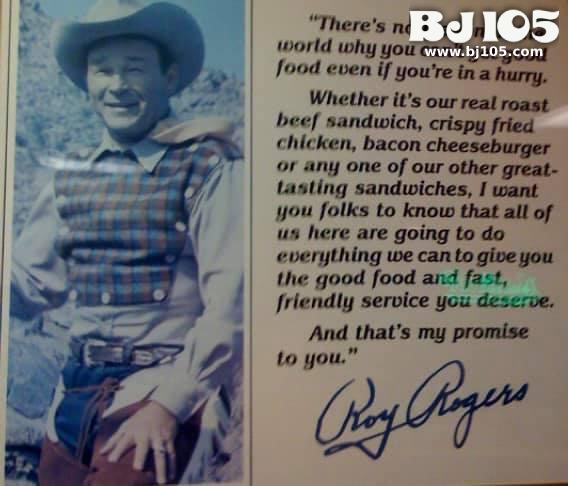 Roy Rogers Franchise Company, LLC is a chain of fast food restaurants primarily located in the Mid-Atlantic and Northeastern United States. The chain originated as the rebranding of the RoBee’s House of Beef chain of Fort Wayne, Indiana acquired by the Marriott Corporation in February 1968. However, Marriott first used the Roy Rogers Roast Beef name on conversions of the company’s Junior Hot Shoppes in the Washington D.C. area in April 1968, then the existing RoBee’s stores. An aggressive nationwide franchising campaign was launched. At its peak, the chain included over 600 locations. As of August 2019, the chain has 48 locations.

The Roy Rogers chain was sold in 1990 to Imasco, then the parent company of Hardee’s, and experienced severe decline as many locations were converted to Hardee’s stores. In 2002, the trademark was purchased by Plamondon Companies.[1]