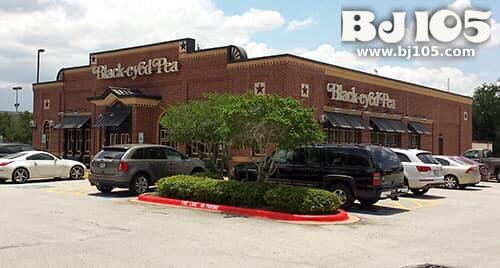 Twelve of the 13 remaining Black-Eyed Pea restaurants in Texas have abruptly closed catching its customers and employees off guard.

The closings come after the company reportedly filed for Chapter 11 bankruptcy protection.

The popular restaurant chain closed without warning, leaving many customers and employees holding the bag.

“I’ll guess we’ll do Mexican today,” said one customer during lunch at the Humble location.

“I was astonished because this is a great restaurant,” said customer Helen Terpstra.

The sudden closure costs another customer, Jason Collier more than just a meal. He told KHOU 11 News Black-eyed Pea canceled a catering contract for his wedding reception less than two weeks away.

“She started talking all these legal terms and said ‘You guys are not getting your money back,’ just like that,” said Collier.

He showed us the invoice which includes a $2,700 charge he and his fiancé paid.

“We just laid there all night and I kind of held her while she cried,” said Collier. “I just promised I would find a way, I will find a way.”

Some of the restaurant locations have reportedly failed to make monthly rent payments.

“I thought maybe they were remodeling, didn’t know they were closing due to bad business or bankruptcy or anything,” said customer, James Williams.

Collier and others just hope Black-eyed Pea gets back on track.

“You know, especially after the money we’ve spent,” said Collier.

The only Black-Eyed Pea that remains open is in Arlington, TX. KHOU 11 News reached out to the company, its lawyers, and others but no one has called us back.

Meanwhile, employees showed up on Wednesday at several of the locations where they used to work looking for paychecks.