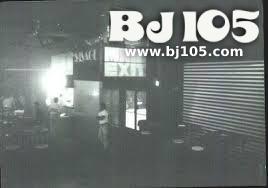 Times have changed since teen-agers sock-hopped to the sounds of Bill Haley and the Comets. Poodle skirts have given way to minis, duck tails have become moussed spikes, and the high school gym, well . . . the gym is obsolete.

Visage — a flashy teen nightclub that makes streamer-bedecked basketball hoops look almost primitive — is the type of place for the ’80s.

On Thursday, Friday and Saturday nights, hundreds of teens file through the doors of the converted warehouse just north of Lee Road off U.S. Highway 441 in Orlando — evidence that Visage (formerly Electric Avenue) is one of the current “in” places.

Other than the fact that liquor isn’t served, Visage could pass for an ordinary club — it has a cover charge ($4 on Thursdays and Fridays, $5 on Saturdays), flashing lights, a bi-level dance floor and a “bar” where teens can belly up for Coke on the rocks.

But Visage isn’t ordinary at all. It’s a chameleon, a place that changes night by night to suit its patrons.

Out in the parking lot, the music hits Visage visitors before they can get to the doors. On Thursdays and Fridays, the music and the crowd are a bit different. On these nights, Visage caters to Orlando’s punk and new-wave following — heavily made-up young men and women, most draped in dark clothing.

On one Thursday, Beth Beatty, 20, and Shannon Pierson, 19, stood on the edge of the dance floor — more conservatively dressed than some of the minibrigade. In front of them, teens danced in ones, twos and 10s — spiked hair bobbing on a sea of blue and white tile. Lords of the New Church banged out a chaotic tune from the video screens above.

Both women said they were there because they liked the music and because Visage offered an alternative to the usual teen hangouts and adults-only bars. “I don’t drink,” Beatty said, and Visage is a “nice place to go and dance. There’s nowhere else to go if you’re under 21.”

Perry Souza agreed. Waiting for a turn at a game of pool, the 20-year-old art major at Seminole Community College commented on the lack of alternatives for teens who favor new-wave sounds.

“There’s no other place we can go that plays the kind of music we like,” he said, pulling at the long bangs that spilled from under his black cap.

“Visage seems to have the right idea.”

While Thursday and Friday nights are reserved for the punk contingent, Saturday night at Visage looks like American Bandstand with the lights turned down.

Where there are mohawks on Thursday, there are tresses moussed and blown dry on Saturday. And Friday’s dark clothing and religious pendants give way to Saturday’s bright sweaters and sweatshirts, trendy dresses and pleated pants. The music is different, too. Saturday’s sounds lean more toward the mainstream. Teens are more likely to hear Lisa Lisa & Cult Jam and Miami Sound Machine than Ministry or the Cure.

Kirk Cano is an old-timer at Visage. “Everyone knows me here,” he said.

The dark-haired 17-year-old frequented the club when it was Electric Avenue in downtown Orlando — and said he likes the music but comes especially to meet girls.

He would like to go to Park Avenue (a club on North Orange Blossom Trail) when he reaches 21: “I heard that’s a real good place.” But for now, Visage is the place to be.

But Amber Phillips, 15, and Meridith Ellis, 14, weren’t quite sure Visage was as “bad” as Cano seemed to think. They didn’t know this wasn’t a new- wave night, they said.

The Lake Brantley students, dressed in pastels, said they were part of the “surfer” group and didn’t really like the Saturday-night music fare.

“Everything is determined by the music you listen to,” added Ellis, explaining that there is a difference between punkers and new-wavers, surfers and the Saturday-night crowd who wore “what their parents would approve of.” “If we had come yesterday, we would’ve liked it more,” Phillips said.

Bruce Pettingill and his friends were into it all, though.

“This is my first week at Visage and I’ve been here every night it’s been open,” he said. “It’s a nice place for teens to hang out.”

The 17-year-old’s shoulder-length blond hair, shorts and tennis shoes were a style mirrored by many of his friends.

“Everybody comes here,” he said. “And no one cares what anybody looks like. You can be yourself.”

The crowd was thinning out as Saturday night was coming to an end. Kirk Cano had found several girls to dance with, Bruce Pettingill was hanging out at the pool table with his friends, and Amber Phillips and Meridith Ellis had gone home — hoping to return the next week, but on another night.