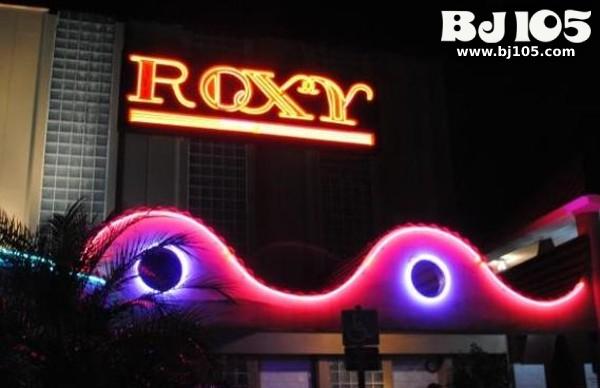 What is happening with Orlando bars lately? First, Parliament House – perennial winner of Best Gay Bar in our Best of Orlando readers poll – files for bankruptcy (chapter 11, so they’ll try to reorganize and keep things afloat, but it’s still sad to see), then we learn that Bar-BQ Bar, Eye Spy and Sky 60 (which we just named Best Place to Dance in the Rain in our Best of Orlando 2014 issue) will close by the end of the month.Today, we also discovered that Roxy nightclub – longtime home to insane dance night Takeovr, which was a readers pick for Best Club Night in Best of Orlando 2011 – is closed.

Hey, remember that time a drunk guy climbed up into the ceiling at Roxy, then fell through it and landed in a stairwell? Good times.

Orlando’s newest destination club may spell its name differently than the more commonly used version (although that form of the word may be found here) but GILT Nightclub is in fact spelled exactly as it should.

The 16,000 square-foot venue has been Roxy Nightclub for the past 17 years. After a total renovation, “the only thing the same between GILT and Roxy is the address,” said General Manager Jason Agan. “We did such a dramatic change that the name didn’t fit. The address and building may be the same, but as far as the interior, the decor and the staff — everything has been upgraded and brought up to take us on to another 10 or 12 years.”

The front room, or “whisky room,” is the first thing guests will see when they enter the club. This is where one can rent a hookah, play a game of pool, sample a selection of local brewed craft beers, specialty cocktails and moonshine.

Upstairs is where guests can rent a gold cabana. It’s the perfect area for birthdays, ladies nights or any type of celebration. There are five full bars in this area and table service is provided. The cabanas look over the main dance floor, but upstairs also has its own. One of the highlights is a hotel safe in each cabana where guests can leave their purses, cell phones and other valuables.

Finally, downstairs is Central Florida’s largest dance floor. Beginning in January, each night of the week will yield a different theme, including Latin nights, hip hop and service industry. The club will also be home to Rock Hard Revue, which is a 90-minute, fully costumed and choreographed production featuring sexy male performers, live vocals and audience participation.