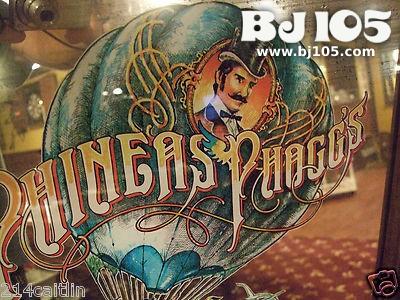 Instead, she and almost 100 others ended up crying in their nickel beer May 5, the night the new owners of Church Street Station capped Nickel Beer Night, a 25-year-old Wednesday evening beer swilling tradition.

“It was just so out of the blue,” says Borrego, huddling in the weekly Nickel Beer Night group hug with other 5-cent fans. “A lot of people are very upset.”

In fact, petitions to bring back nickel beer already are being circulated. And Church Street Station has been deluged with irate e-mails from nickel beer regulars hoping for a change of heart.

“At this point we are saying this is it, no more nickel beer,” she says.

To begin with, Plant explains, the entertainment complex was taking a weekly nickel beer hit: It cost Church Street 23 cents to fill each mug, an 18 cents-per-drink loss made palatable only if the locals stayed and spent more money. But they were leaving as soon as the nickel beer hour ended.

Then there was the question of legal liability. Was nickel beer encouraging people to drink irresponsibly? And if so, could Church Street be held legally liable? A few years ago, Church Street cut nickel beer from two hours down to one, citing concerns about heavy drinking. But even that didn’t dampen the beer lovers, says Church Street’s Plant: “People would drink as much as possible during that hour.”

To be sure, cheap drinks are still available, both in Church Street and at other downtown bars. Loaded Hog and One-Eyed Jack’s on Orange Avenue have picked up the Wednesday night nickel beer venue, attracting 150 to 200 people for the first Nickel Beer Night, says bar manager Lynda Fitzpatrick. Fitzpatrick expects twice as many people in following weeks.

Church Street plans to offer other drink specials such as $1.50 drafts and $5 pitchers every night of the week. And in the Station’s Cheyenne Saloon, they are changing long-neck night and its $1 drink specials to $2 big-mouth bottles.

But Nickel Beer Night at Church Street Station’s Phineas Phoggs was different, insist long time patrons. It had its own fan club. There was the traditional weekly group hug. There was an older regular who identifies himself only as the godfather of nickel beer.

It even had alumni.

“It was taken from all of us without warning!” says Nikki Edens of Winter Park, whose mother began the tradition of going to Nickel Beer Night. “I have no doubt that the whole bar would have been full of nickel beer alumni from the years, had they known.”

Writes fan club president and 8-year veteran Osama Elgendy, “To me nickel beer is all about friends and meeting new people, not the cheap beer.” Protests Lindsay Erickson of Longwood, “This was our night to get together and have fun.”

So, while the Loaded Hog and One-Eyed Jack’s are expected to fill up with new beer regulars on Wednesday — they do, after all, offer more seats, rest-rooms and beer taps than Church Street’s venue — club members say the memories of nickel beer at Church Street Station will live forever.

Sighs Borrego, clinking a frothy mug toast and listening to “Piano Man” one last time, “Nothing is ever going to take its place.”