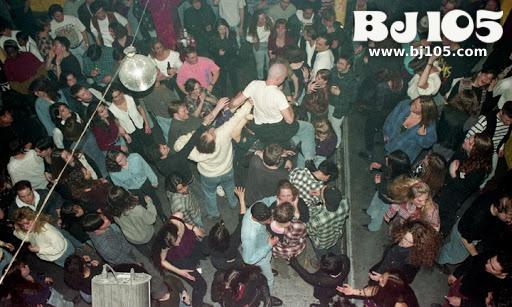 You likely know about the changes coming to Barbarella. The back half will become part of the cluster of bars run by Ashley McCammon and Hurst Marshall — Social, Bar-BQ-Bar, Sky60. Owner John Gardner was looking to get off Orange Avenue but decided to keep the front half of Barbs, the indoor section at 68 N. Orange Ave.

He’s changing the name to Independent Bar, “which kind of describes what we play on Friday — independent music,” Gardner says.

He’ll put in all new furniture but bring back some of the old decor you might remember from Barbarella. The paintings by artist Ronnie Land are coming back, for example. And he’s getting new sound systems, new lights, creating a new little dance room in the sunken section of the club, putting bathrooms in the loft upstairs and redesigning the main room with a new video wall and more.

He’s also trying for approval for cafe seating out front of the club, a la Bar-BQ-Bar — nice since that crowd tends to spill over during the busy nights. The renovations should wrap up in about a month, when Gardner says he’ll close the club or part of it for about two weeks.

One thing Gardner doesn’t expect to change is the club’s essential appeal. He’ll continue to play the danceable indie rock, the ’80s, the goth and industrial tunes both new and old, he says. But he’ll spin them in a cleaner, slicker environment.

Remember these next words — you don’t hear them from many new club owners downtown these days. “I’m going for the exact same crowd,” Gardner says.