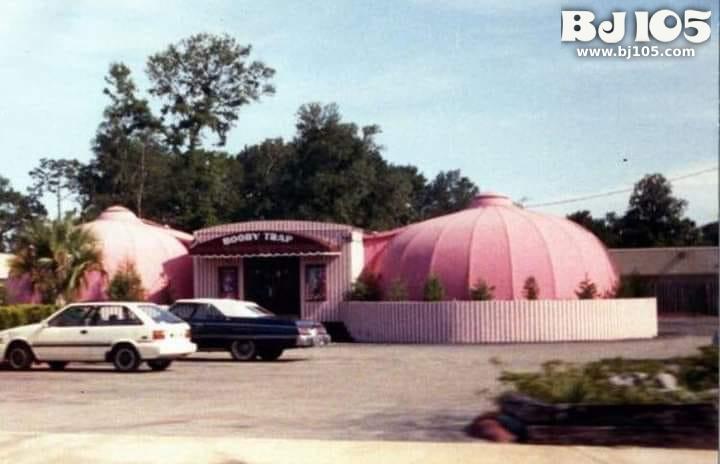 The domes of the building once known as the Booby Trap pointed skyward for more than 40 years.

But while the original owner had some last-minute thoughts of salvaging part of the building — two parts of it, anyway — a bulldozer finally put an end to the party, knocking down the former adult club in Winter Park on Wednesday.

Purchased by the city last month, the former club — also known over the years as Club Harem, Club Rio and Christie’s Cabaret — was demolished amid a crowd of media and a few curious and wisecracking onlookers, right after Mayor Ken Bradley helped post a symbolic For Sale sign.

The bulldozer knocked down the front door first, but that wasn’t the move the crowd was waiting for.

As a worker sprayed water on the building, the bulldozer moved over to the left dome, pulling down the rounded tip to cheers from the crowd.

“I’d never thought I’d stand on front of a strip club as a city father while it’s being torn down,” Bradley joked, adding that the demolition marked “a new day” for the city and its Lee Road gateway. The city is asking $1 million for the property.