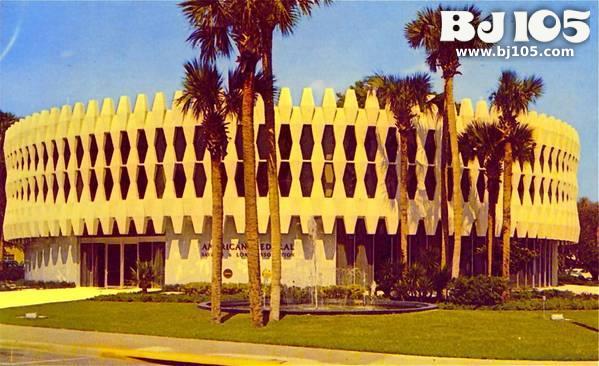 The first preserved piece of Orlando’s distinctive round building, which was demolished in 2015, is on the verge of going on display.

Plans call for one of the 20-foot tall concrete “brise soleil” panels — which, translated from French, means sun blocker — to be resurrected outside of the Orange County Regional History Center as a hallmark to the buildings mid-century modern architecture.

Once the Orlando City Council signs off on an agreement with Orange County on Monday, the piece could be revealed in the next few weeks, potentially this month as Architecture Month in the city concludes, officials said.

“It was a very iconic building and a very interesting design,” Orlando Historic Preservation Director Richard Forbes said. “There was nothing cookie-cutter about it.”

While the round building wasn’t centuries old, and wasn’t a true match to some of Orlando’s oldest buildings a few blocks away along Church and Pine streets, longtime residents grew attached to the unique building. It was home to American Federal Savings and Loan and was built in 1963.

John Kaiser, founding president of the Nils M. Schweizer Fellows, said many of the members of the mid-century modern architecture enthusiasts club remembered walking into the bank with their parents as children to make deposits.